Home » Why is Economic Growth so important?

Why is Economic Growth so important?

What is Economic Growth so important?

Governments of every political stripe do all they can to promote economic growth, and as discussed elsewhere it is possibly the biggest driver of environmental collapse that we know. If we want to protect a wild green space – economic growth says it should be replaced with a new supermarket. It is necessary to take a look at it in more detail to understand exactly why it keeps trumping all other considerations.

What matters to jobs is not growth but stability and confidence. If businesses assume next year will be similar to this year they can plan ahead, borrow and invest in something, like a new product, a new factory or a new shop. These are new jobs, incomes and taxes and all those good things. Growth, it is true, often implies such opportunities, but there is more to it than that. 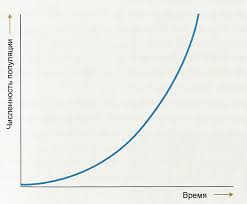 1% growth sounds like a steady thing, but 1% growth every year over 70   years doubles the size. 2% growth doubles in 37 years. This may not sound like much, but the world’s population itself has doubled over the last 25 years – an increase of 3% a year. So a growing economy of 3% will also double in size over 25 years. That’s twice the oil, twice the coal, twice the number of trees to chop down and twice the cars on the same roads. That’s a lot of damage to inflict on a landscape that is not growing.

Instead of having to force growth somewhere – to “kickstart the economy”, wouldn’t it be better if we didn’t have to? Mainstream wisdom says that would lead to disaster – here’s why.

Economic growth put simply is the sum total of all sales and earnings of everyone, being a bit more every year. It gives the hope that anyone may get better off – and that is its magic.

If the economic pie was split the same way forever and never grows, the half that goes to the top 2% of people would always go there. The bottom half of society would have to make do with a 1% slice – forever. The top 2% of people are not going to voluntarily give up their half. Such injustice will most likely force the poorest half of society to eventually start a revolution. OR, if the pie keeps growing, then there is hope. Things will steady improve by “trickle down”. Indeed, even fairly poor people can now fly to a Mediterranean resort every year and own a TV and a car, something my parents never dreamed of. So, it doesn’t matter that the top 1% are almost twice as well off now as 10 years ago, provided the poorest see some improvements too. It basically allows us to have our cake and eat it. 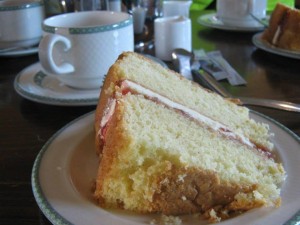 Growth is also critical to avoiding the thorny issue of debt, austerity and the banking crisis. This takes some explaining so please be patient.

A slightly more complicated result of banking is that the majority of money in circulation is created out of debt. Only a small percentage of money is minted. Most of it is numbers in bank accounts, shares or derivatives that are never handled as notes or coins.

Picture the money you live on, where did it come from?

In around 95% of cases, if you could trace it back that far, it was created by a building society or a bank as a loan. 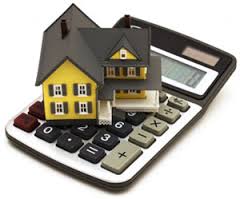 When you take out a mortgage, the bank hasn’t got a big briefcase full of notes that it gives you to buy your house.

They can be confident that as you are buying a house, the seller gets the numbers in their account and generally they are also buying something. So, the numbers move around from bank to bank and only a tiny amount comes out in notes. Your mortgage advance was created out of thin air! This means your bank can keep creating new money in accounts until they reach a capital reserve limit set by government where the total they create in mortgages is say 20 times the amount they hold as deposits. The actual cash they need only has to be what might realistically be demanded at any one time: this is why a “run on the bank” is a disaster. If all their depositors turn up to close their accounts on the same day the bank will be ruined (as happened to Northern Rock). The deposits they hold (as numbers in credit) are lent out many times over. Provided only a tiny amount is ever demanded at any one time everybody is happy and the bank makes a profit.

Back to your bank, the money to buy your house never existed until you signed the mortgage and agreed to pay the interest. 95% of all the money out there is likewise somebody’s loan or mortgage. The interest all needs paying though only a small amount at a time. But – the banks only lent enough to repay the debt, not the interest. The money everyone needs to pay back the interest does not exist – it has to be borrowed (again). 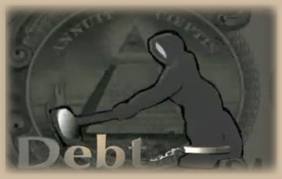 Animation on the nature of debt and money

Just to recap, the majority of all money is debt and will slowly be repaid. Meanwhile banks and building societies are collecting interest (say on average 10%). This is what worries treasuries all over the world. Provided the banks keep lending new money there will be enough money around for people and businesses to repay debt and interest. But, if confidence drops and people stop borrowing or banks stop lending – the money dries up.  It’s not

that people are reluctant to spend it – it is not there – it ceases to exist. If you want to learn more try watching  Money as Debt

So long as economic growth at a continuous steady level continues – everything will keep going.  So much for mainstream economics as understood by all banks and governments, but now for the hard part. Economic growth has to be balanced by a real growth in goods and services, else it becomes inflation. We understand inflation to be happening when things like bread get more expensive. Generally the bread itself is not becoming any more valuable, the price increase shows that the money is getting less valuable. Growth happens when more stuff is being made and sold, but we are living in a world that is not growing. There are not more forests, more fish and more coal to mine every year. Economic growth cannot just continue forever (at least not while we are confined to this one planet).

Since economic growth is inextricably linked to resource use – such as food, oil and wood it makes obvious sense for the economic system to be driven by the availability of these resources and not the other way round. This is for the simple reason that we can’t just conjure up more resources in the ground year on year forever to suit our growth target of 2% (which can also be defined as doubling the world’s resources every 37 years). Yet the only plan all the governments have is to do exactly this.

Such a system is known as a steady-state economy, with the aim being economic development, rather than growth. The absolute size of the economy is constrained by the level of natural resources, but how the economic activity is distributed can be changed, with the aim being living better not just having more stuff.