Cutting down the amount of fuel to get from A to B would be a lot easier if A and B are right next to each other. 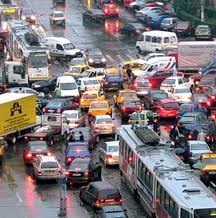 One theme of addressing the big issues is to reduce our demand for non-renewable resources. The liberating aspect of this is to look at resource demand not as a challenge but as an opportunity (following that old Chinese proverb). This is easiest to see in transportation is it is basically a cost, it doesn’t add anything. Making a piece of jewellery takes something out of the ground, cuts it, polishes it up and mounts it on something – which in business parlance is “adding value”. Usually, in between each stage you also have to cart it thousands of miles around the world, and this doesn’t add anything, just takes something from where it is found to someone who can and will pay a lot for it. Wouldn’t it be great if we didn’t have to take things so far, and wouldn’t it be great if you didn’t have to travel between home and work and family and holiday. Each of us spends hours of each day sitting in a box getting somewhere.

Big business wants to sell us things on the way to distract us from this – but why not just live in a way so that you don’t have to?

Jevons paradox shows that improving efficiency sometimes produces the opposite effect to expected. Building better cars and planes that burn less fuel per mile has indeed been sold to us as a great way to cut down fuel use, but what actually happens is business just goes further on the same fuel. Although technology will bring about many more efficiencies the better way to make drastic cuts in the energy demand from transportation is to cut the demand in transport, rather than change the energy used servicing the existing demand.

Hybrid or electric cars do not solve the fundamental problem; they merely shift the energy requirement geographically. The energy required to move all the people from where they live to where they want to be is the same whatever method used. The difference is a matter of efficiency, and that is not going to change beyond an order of magnitude whatever method used (bus, train, hybrid, ethanol or hydrogen). The only way to cut the energy requirement (for depletion or greenhouse gas reasons) is for people to live near where they work, for manufacture to be near where people live and for manufacture to be near the raw materials.

Clearly living in high concentrations of manufacture and raw materials is a recipe for pollution and disease, so the answer is to live at densities appropriate to the land’s ability to support us.

If you can get the distances down to within 7km, then cycling can prove very popular, such as Groningen 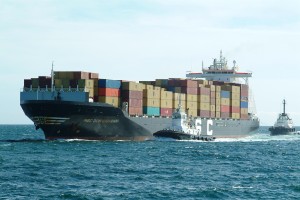 According to economic theory, even if a region produces something it uses, there is a gain to be had from trading with another region if there is a differential in production. That is, if country A can make shoes slightly cheaper than country B, it can benefit from making lots of shoes and selling them to country B. Such trade exists all over the world, but is in essence unnecessary. With today’s globalisation, a large amount of trade is reciprocal. The same tonnage of milk is shipped from the UK to Germany, as is shipped from Germany to the UK. This trade could be eliminated without major inconvenience.

Most goods, components or raw materials are shipped from place to place to take advantages from small trading differentials. By re-organising the locations of manufacture, the distances involved in the manufacture could be drastically reduced, requiring very small energy demands related to manufacture. The workers would also need to re-organise and re-skill in order to provide the labour in a form of manufacture nearer to the home. Of course, this is not going to be easy. The advantage is that it will be necessary to have a varied labour force in nearly every location, as everything will need to be made everywhere.

Some locations clearly provide better or unique means of producing certain things. These things ought to be the only things that get traded around. Everything else can and should be made locally. Every location used to have delicacies and specialities, but in today’s global market many of these are lost. This is sad, because very often local specialities are the best items in that location. They are the sum total of hundreds of years of folklore and understanding, and often do the job better than any other.

This solution clearly requires a lot of re-organisation, and flies in the face of current economic thought. However, it would not be designed to generate profit, with perhaps a greener hue. It would be designed to drastically reduce the requirement to travel.

Back: Transition Solutions for Big Problems