Considering ‘growth at all costs’ is the mainstream economic agenda, but continual growth on a finite planet makes every environmental problem bigger we have to work out how to run a steady-state economy.

Fortunately the field of ecological economics looks at the nature of a steady state economy and has worked out several key concepts.

The scale of the economy is the total amount of artefacts (machinery, buildings, cars, etc) and the total energy or resources needed for maintenance. If we could control this we would then be able to address the biggest problems of resource and ecosystem limits.

Up until a few decades ago, there was always an empty horizon. No matter how hard we tried, our puny numbers and machines would never change the big wide world. Now we are so many, we have filled the oceans with plastic and added enough CO2 to the atmosphere to change the climate.

Regulating the stock of artefacts

Up to now, traditional economics concentrates on delivering efficiency in the use of artefacts, not their total numbers. Often, despite designing cars for better fuel efficiency just means there are more cars going further, though more miles per gallon, there is still more fuel used, so tweaking efficiency is not going to solve the problem.

The aim is to work out in total what is the maximum amount of artefacts the land can bear, and aim for less than this. Not only must every artefact be made, which has a cost of energy and material, it needs maintaining and will one day need replacing. In total, the movement of energy and material is known as throughput, from the ground and eventually back to the ground as waste.  The extraction end damages ecosystems, and we are rapidly depleting the resources available. The waste damages ecosystems the world over, but is much harder to monitor and prevent. The simplest point to control the throughput is at the source, the mines, quarries and wells, as there are relatively few. If there are less source materials mined, there will be less used and less wasted. 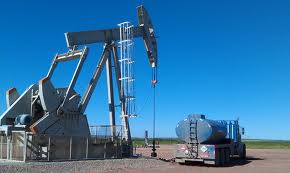 There are two ways of limiting the extraction, one is by taxes and one by quotas. Since the aim is to control the total scale itself quotas would be more effective. If they were determined first and then sold by the state to extracting companies they would have a maximum amount they could extract. Of course this makes non-renewable resources that much more expensive as the companies would pass on the cost. The great thing about this is we can largely just go about our business as usual but would not be damaging the ecosystem. We could figure out what is a convenient yet environmentally friendly answer to an everyday problem and this would also be the best economic answer, the dirty answers would be more expensive! 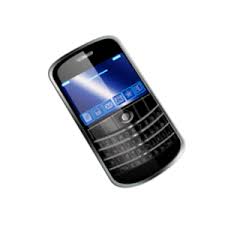 The depletion quota would first be used for the sources of the most harmful wastes and the rarest non-renewable resources, such as fossil fuels and rare earth metals. Most of these are going to get rare anyway, so this is just governing how rare they get in an intelligent, controlled and hopefully fair way, rather than let nature run its course and things getting ugly once shortages appear. It also gives research time to find substitutes or plan for alternative ways of getting the services we want. Nobody really worries about getting some hafnium, but the loss of mobile reception will interrupt their social network.

The prices of all goods derived from quota materials will be higher than non-quota materials, giving an obvious incentive to work out other ways of getting what we want. The public would also be informed of how well various resources were keeping within limits, which would explain why some things cost more than others.  In fact, such preferences are the driving force behind many of the other big problems (freshwater, soil erosion, biodiversity, climate change, etc). Coming up with solutions is not enough if people have no incentive to use them, but changing the economics means all the people and the companies will be working for improvement and not against.

You may have noticed, that if we were to impose a limit on artefacts we also have to impose a limit on population, as a limited number of artefacts shared by a growing population results in spiralling poverty. Also, if the economy does not grow, then the only hope of lifting people out of poverty must come from some manner of redistribution. So the three themes are connected and have to be handled together in any steady state economy. Population is so controversial it has to have a chapter of its own.

The Transition Towns movement is non-political as it has to be to draw support across the entire community. The exact manner people decide between themselves to settle both the regulation of population and of distribution is up to us. Despite distribution appearing to be political, it is necessary to address it here because it has got to be part of a steady-state economy. There will be no growth otherwise to alleviate the poverty that goes with extreme inequalities of distribution. 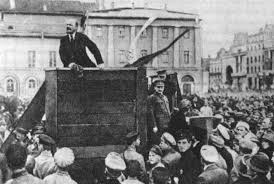 As the goods and fuel will go first to those who can afford it there would be many left without. The reduction of available materials and their quota-inflated prices will also make the current unequal distribution of goods and energy that much worse, so much so that society could pull itself apart. Besides the suffering of such an event, that would also be an end to controlled resource use.

A minimum income per person would alleviate such issues, and the funds would come from the quota prices so that the system would be tax neutral. Now this creates another issue, as the sellers can profiteer out of high resource prices because the state is subsidising the bill. If there was a maximum income too it would reduce the need for a large amount of resource demand. The excessive search for profits by powerful companies and individuals is held to be a good thing as it increases growth and this helps within a growth economy. In a steady state economy however, excessive incomes use up resources which would be more useful elsewhere. A maximum income reduces the advantage in generating large profits and encourages people to seek fulfilment elsewhere.

These concepts seem a draconian intervention on civil rights – but in order to escape from a self-destructive growth economy they are worth considering, at least in principle.