One answer to this is to allow small areas of wilderness on our own doorsteps. Birds, amphibians and invertebrates live all around us. They only need some small accommodations to share our space.

We share the planet with thousands of species of plant and animal. Species need reserves free from pollution or harvesting and then migration corridors, hunting grounds or other areas which can be shared.Conservation trusts reserve patches of land for wildlife, but we can’t possibly reserve enough. Restraining our fishing or hunting ‘rights’ in this way is not an altruistic feel-good option. The wild zones regulate the weather, reduce flooding and droughts, and prevent soil erosion among other things. If allowed to flourish they also give us plenty of fish and game to eat. Wild ecosystems contain herbs and medicine, crucial to our survival and they do it pretty much for free. 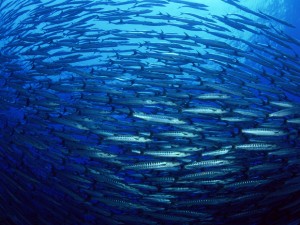 Ecosystems need habitats in which to thrive.   The marine reserve concept has been tested in several locations and it has been found that where a location becomes a reserve, many species take advantage of it. The species within are able to survive as they are not harvested by mankind. They are thus able to find an ecological balance and their populations rebuild themselves. 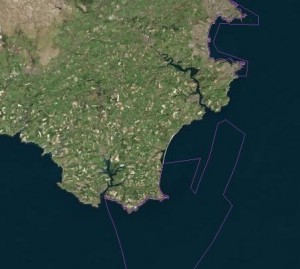 This system has only been tested in the marine environment so far, but provided man can respect the boundaries and allow animals to venture outside, there is every reason to expect that the populations will recover in their own way. The reserve must be protected from all people, and there must be no invasion or else the animals and plants will not be able to recover.

Some ecosystems are beyond repair, and may be too weak. Some habitats must have a sufficient size in order to operate. There must be sufficient biodiversity, and enough space and prey populations to support a top predator, and preferably a viable gene pool for the top predators.

Habitats can be highly productive, and can then be harvested for free. Man often works against nature by setting up industrial habitats that need constant additions of energy, nutrients and other interventions. When all this is considered, the efficiency as understood by modern agri-business, is not very high. It is only by running the industry in such a way as to offload the costs of intervention, waste, subsidized inputs and subsidized products, that it appears efficient.

Permaculture also includes forestry and the production of other products such as honey, bark, wood and mushrooms. By mixing crops, coppicing, and farming animals, plants and trees together, farmers can make savings. The economies of scale encouraged in modern forestry do not actually match nature, and costs are incurred whenever the trees and land do not fit in with the textbook forest. Large scale forestry also needs large tractors to cut and carry away the wood, and large saw mills to treat and prepare the timber. The un-straight wood is passed into low-grade products, such as sawdust and matches, and a lot of profitability is lost. Often only because the government gives away access to the forests as a massive subsidy does timber become profitable. 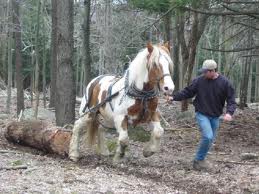 Large-scale clear felling leaves expanses of open air that forest wildlife can’t cross leaving them at risk of losing their habitat and then whole populations dying. Small-scale felling of the most suitable trees leaves the habitat whole and able to provide a steady flow of quality wood, in essence, forever, with sustainable employment for a logging industry.

Wood can be used in construction in the round, or with carpentry, rather than with metal nails. Curved wood can be suited to exact purposes, with skilled carpentry, and we can match the tree to the land to the purpose, rather than insist on very few species that grow straight and quickly, of which many are sub-standard. 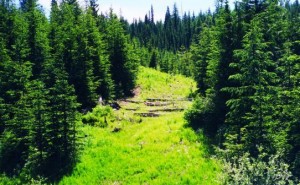 Many habitats are now too small to support enough biodiversity in sufficient sizes to maintain working populations. However, due to migration patterns, some species do not have to have a complete habitat to thrive. They need two or more habitats, with a corridor in between where they may find clear passage. Many animal species have a feeding ground and a breeding ground, which they occupy at separate ends of the year, and they migrate in between them. They thus do not need a completely open space in between but a free corridor.

Mankind’s desire to build roads between every settlement results in a series of interconnecting “bulkheads” that block off much of the world’s surface to free passage for land animals. These are precisely the animals that need to migrate from place to place. Particularly because of climate change, animals’ natural habitats are changing, and as temperatures rise, habitats will migrate poleward and uphill. Many land animals must be free to follow the habitat if they are to survive.

If roads are not as necessary in future, it may be advisable to plan in corridors where land animals may be able to migrate from feeding ground to breeding ground, and in general to follow the changing habitats. Animals often take with them seeds of plants, and this is how the plants migrate to follow the change in climate. If this is not taken into account, we are likely to find ourselves running out of habitats, and animals on which to live.

To plan for habitat reserves with corridors across the entire country and keep them off-limits to people would be impossible if they were all to be owned and run by conservation trusts.

Most of the habitats and migration corridors would only need some tweaking. The land owners can continue to benefit from ownership and get a yield from the land. All we need to do is some tweaking depending on the nature of the habitat and the plants and animals needing it. Some might need some tree cover, others hedgerows, others areas of wetland or forage crops. Many will need to be undisturbed only in the specific few weeks of the year migrants pass through or for breeding perhaps.  Roads too can be closed for a time during migrations.