Happy Birthday to Repair Cafe Worcester, which celebrated its first birthday this month! The Repair Cafe allows people to enjoy tea, coffee and cake while getting their broken household items repaired by a team of volunteers.Since it opened in May last year, the group has had around 300 visitors and 400+ items brought in to fix.The success rate for repair remains at over 70 per cent with around 300 items given a new lease of life, whilst also reducing the amount of rubbish which would otherwise go to landfill. Various sources of funding have helped to get the Repair Cafe up and running, including local community funding scheme Worcester Soup, a lottery funded grant from Repair Cafe Hereford and Worcester and the Waitrose Community matters scheme.

As well as the usual clothes, kettles and toasters, amongst the more memorable items brought in for repair were a cuckoo clock which had lost its voice, a toy giraffe with a detached eye, a globe that was tilted at the wrong angle and several pairs of the Mayor’s trousers.

Around 30 regular volunteers help run the event. Repair Cafe Worcester’s repair sessions are held on the second Saturday of every month at STARS day centre in Stanley Road (WR5 1BE).The next Repair Cafe session will be held on Saturday, June 10th 2017 between 11am and 2pm. For further information email repaircafeworcester@gmail.com, follow Twitter@cafe_repair or see www.facebook.com/repaircafeworcester 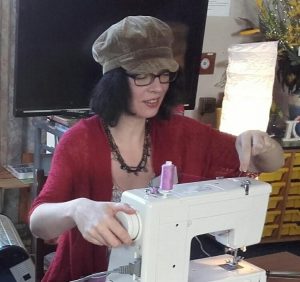